Facebook and Websense Team Up to Fight Malicious Linking

Facebook, a wildly popular social media platform you may or may not have heard of has partnered with the security firm, Websense, in order to better protect the network’s some 800 million users from malicious links leading to websites hosting malware.

In the near future, according to a post on the Websense Security Labs blog, when a user clicks a link on Facebook, that link will be sent to Websense for classification and analysis, where the Websense ThreatSeeker Cloud runs the link through its malware database to see if it is safe. If the link is safe, then the user will end up at the link’s destination as if nothing happened. However, if the link is found to be malicious in one way or the other, the user will be presented with a warning and prompted to either proceed at their own risk, return to the previous screen, or get a further explanation of why that link was flagged as suspicious.

I spoke with Charles Renert, Sr. Director of Security Research for Websense, and asked whether or not this would slow-down the overall linking process; he told me that the Threatseeker Cloud processes billions of pieces of information daily, returning the results in milliseconds. Renert claims there will be no noticeable delay for users. I also asked if there was a way to opt out of the service altogether. There isn’t, he says, but users do have the option of ignoring Websense’s warnings.

Due in part to its enormous user-base and nearly universal recognition and despite efforts at making the network more secure like implementing two-factor verification and enabling secure browsing, Facebook continues to grow as popular target for scammers online criminals alike. 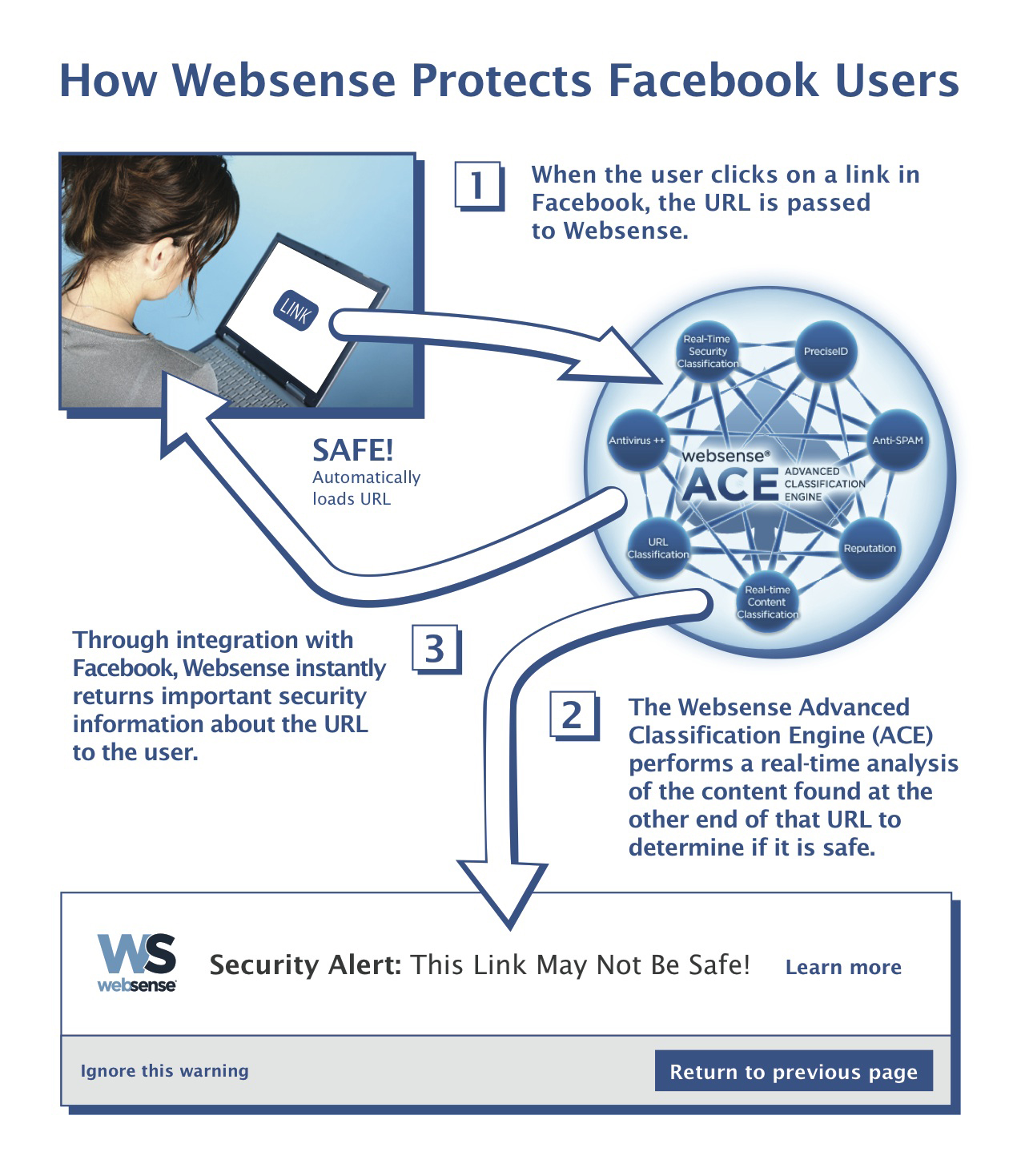