Heather Mills Gets An Apology and 'Substantial' Settlement in Spyware Case

The 2010-2011 News of the World phone hacking scandal – in which it was revealed that the tabloid dropped malware on celebrity targets’ phones in order to gather dirt for news stories – is still playing out in court. The latest is a settlement for a “substantial” sum paid to Heather Mills and her sister, Fiona. 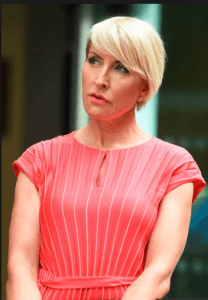 Mills (no stranger to large settlements, given a $50 million divorce settlement in her split from Paul McCartney in 2008) is best known these days as a philanthropist. In her lawsuit against Rupert Murdoch’s News Group, reported by the BBC, she alleged that her charity work suffered due to the destruction of her reputation by the newspaper. The lawsuit also claimed that stories were published that included private information “without any apparent identifiable source” and that between 1999 to 2010 there was ongoing “strange activity with their telephones.”

An apology read out at a High Court hearing in London from News Group, which owned News of the World before shuttering the 168-year-old bastion of gossip in the wake of the scandal, offered “sincere apologies” for “distress caused to them by the invasion of their privacy.”

“The feeling that I have is one of joy and vindication,” Mills told the BBC this week, adding that her “motivation to win the decade-long fight stemmed from a desire to obtain justice.”

The phone-hacking scandal started with News of the World, which published a story about Prince William’s treatment for an injury that included details that could only have been gleaned from HRH’s voicemails. That kicked off an investigation that eventually also uncovered that the paper had hacked the phone of a murdered teenager after she went missing, possibly affecting the police investigation. From there, the incident widened to implicate sister tabloid the Sun in the hacking practices, along with the Mirror Group newspapers, with the list of known victims quickly expanding. Ultimately, the list included hundreds of celebrities, crime victims and public figures, from ex-Prime Minister Gordon Brown to sex blogger Zoe Margolis.

An official UK government report stemming from the investigation found that journalists were infecting targets with spyware as far back as 2002 in an effort to listen to voicemails and read messages. Subsequent reports suggested that the newspapers could have hacked victims’ computers as well.

Other stars have taken settlements in the scandal, such as former Dr. Who actor David Tennant, and more are expected to follow. Hacked Off, a group which represents the victims, said in May that settlement costs to publishers could reach up to $1.26 billion (£1 billion).

Don’t miss our free live *Threatpost webinar**, “Streamlining Patch Management,” on Wed., July 24, at 2:00 p.m. EDT. Please join Threatpost editor Tom Spring and a panel of patch experts as they discuss the latest trends in Patch Management, how to find the right solution for your business and what the biggest challenges are when it comes to deploying a program. *Register and Learn More