A Philippine Anonymous hacker "#pR.is0n3r" has posted the President Benigno Aquino’s three personal mobile telephone numbers online on facebook. Officials would not confirm if the numbers were really the President’s.

Aquino spokesman Ricky Carandang, “It’s cyber vandalism plain and simple,” Carandang said. “We're dealing with it. That’s all I can say for now.” 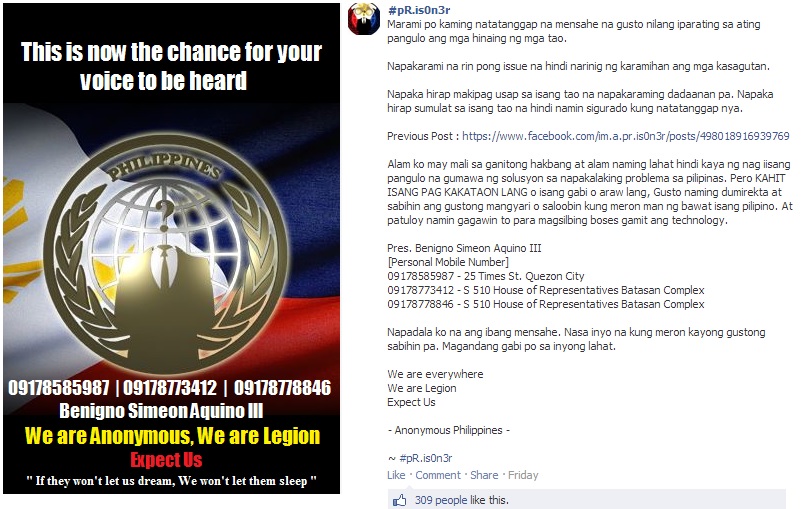 Hacker urged his 10,000 followers to communicate directly with their president, but the numbers are no longer working.

“The majority are not getting answers to so many issues. It is difficult to speak to a person through go-betweens. If we send him a letter we’re not even sure he will receive it,” Hacker wrote in facebook post.