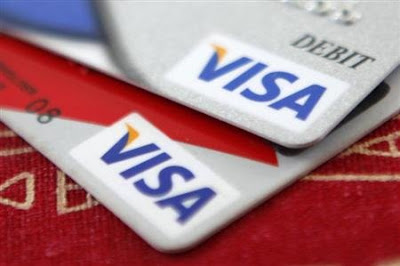 "The truth is coming, and it cannot be stopped", Edward Snowden. The National Security Agency isn’t just snooping into phone and online communications. It also appears to be keeping a close eye on credit card transactions.

According to the information acquired by former NSA contractor Edward Snowden, Show that in 2011, the NSA possessed 180 million records and spying is conducted by a branch called "Follow the Money. That data then moved to their own 'Tracfin' financial databank to track money flows.

NSA targets the transactions of various banks via large credit card companies like VISA by doing surveillance in Europe, Middle East and Africa. Some 84 percent of the data are from credit card transactions.

The presumed purpose of NSA’s credit card tracking is to help it stop terrorism, but this poses a significant privacy threat. The NSA is able to get the names of individual account holders from banks issuing credit cards.

One pain point for merchants, especially those outside the United States, is that they are already wary of the federal government accessing sensitive data. Now they exactly know that who you are. The NSA already has your social media profile information, phone call records, and email correspondence metadata etc.

The goal was to collect, parse and ingest transactional data for priority credit card associations, focusing on priority geographic regions, according to the Slides obtained.