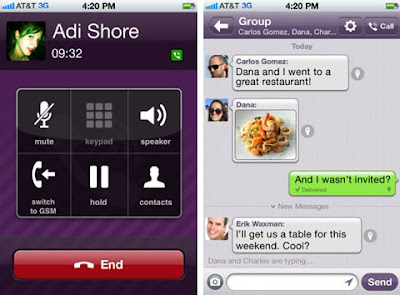 More than 50 millions of Smartphone users worldwide are facing a risk posed by a critical flaw in Viber app. The security company Bkav announced that it has found a way to gain full access to Android phones using the popular Viber messaging app.

Unlike the Samsung lockscreen issue we reported on earlier, this attack doesn't take any fancy finger work. Instead, all it needs is two phones, both running Viber, and a phone number.

As the above videos demonstrate, the latest vulnerability affects a variety of handsets as long as they have Viber installed. People rely on their smartphones to keep their e-mails, contacts, and other sensitive information, so Company plan to release a fix the issue next week.