Twitter continues to implement new security features. But really, who thinks social media will ever be unhackable? The official twitter account of Saudi Aramco, the world's biggest oil producer hacked by hacker with name 'Mister Rero'. 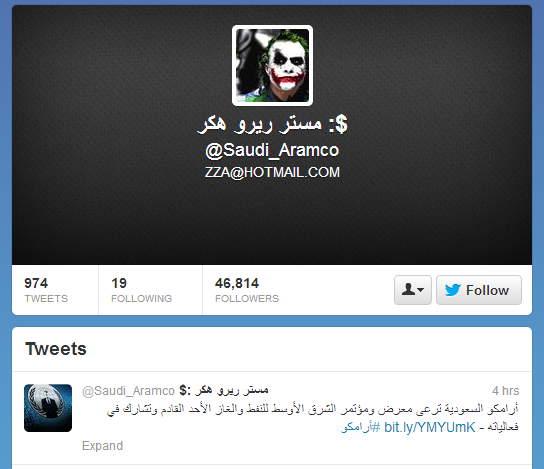 The background on Saudi Aramco’s official Twitter page and the name has been changed by hacker. So far, no tweets posted by hacker.

Last year in August about 30,000 workstations inside internal computer networks of Saudi Aramco was infected by a virus. Last month Burger King’s and Jeep’s official Twitter accounts was compromised.