Every once in a while, the security industry brings forth a new buzz word and introduces terminologies that sound über cool and generate lot's of interest. One such word going around now-a-days is automated "adversary emulation". Let's first understand what this really means. Adversary emulation/simulation offers a method to test a network’s resilience against an advanced attacker, albeit in this case all tests are run by a system. If this was a real 'adversary', a system would not have run these simulations. Nevertheless, there is a huge market of tools which help you verify if your security tools are running as required; both commercial and open source, that help run these simulations. Infact, MITRE also has developed an Adversarial Tactics, Techniques, and Common Knowledge (ATT&CK™), which is a curated knowledge base and model for cyber adversary behavior, reflecting the various phases of an adversary’s life-cycle and the platforms they are known to target. Most tools seem to follow this framework. Without much ado, let's get on to the list of adversary emulation tools. 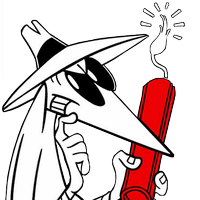 Honourable mention for the following open source tools as they technically are not adversary emulation tools:

The above list does not include services such as MDSec's ActiveBreach, Nk33, FusionX, Red Siege, Spectre Ops & TrustedSec as it is claimed that they are carried out by real humans. Let me know if I missed any adversary emulation tools or commercial services.