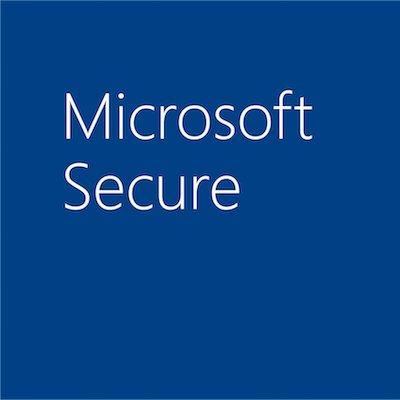 Kubernetes, the most popular container orchestration system and one of the fastest-growing projects in the history of open source, becomes a significant part of many companies’ compute stack. The flexibility and scalability of containers encourage many developers to move their workloads to Kubernetes. While Kubernetes has many advantages, it also brings new security challenges that should be considered. Therefore, it is crucial to understand the various security risks that exist in containerized environments, and specifically in Kubernetes.

The MITRE ATT&CK®_ _framework is a knowledge base of known tactics and techniques that are involved in cyberattacks. Started with coverage for Windows and Linux, the matrices of MITRE ATT&CK cover the various stages that are involved in cyberattacks (tactics) and elaborate the known methods in each one of them (techniques). Those matrices help organizations understand the attack surface in their environments and make sure they have adequate detections and mitigations to the various risks. MITRE ATT&CK framework tactics include:

Therefore, we have created the first Kubernetes attack matrix: an ATT&CK-like matrix comprising the major techniques that are relevant to container orchestration security, with focus on Kubernetes. As can be seen, the matrix contains the 9 tactics listed above. Each one of them contains several techniques that can be used by attackers to achieve different goals. Below are the descriptions of each one of the techniques.

In cases where the Kubernetes cluster is deployed in a public cloud (e.g., AKS in Azure, GKE in GCP, or EKS in AWS), compromised cloud credential can lead to cluster takeover. Attackers who have access to the cloud account credentials can get access to the cluster’s management layer.

Running a compromised image in a cluster can compromise the cluster. Attackers who get access to a private registry can plant their own compromised images in the registry. The latter can then be pulled by a user. In addition, users often use untrusted images from public registries (such as Docker Hub) that may be malicious.

Building images based on untrusted base images can also lead to similar results.

The kubeconfig file, also used by kubectl, contains details about Kubernetes clusters including their location and credentials. If the cluster is hosted as a cloud service (such as AKS or GKE), this file is downloaded to the client via cloud commands (e.g., “az aks get-credential” for AKS or “gcloud container clusters get-credentials” for GKE).

If attackers get access to this file, for instance via a compromised client, they can use it for accessing the clusters.

Running a public-facing vulnerable application in a cluster can enable initial access to the cluster. A container that runs an application that is vulnerable to remote code execution vulnerability (RCE) may be exploited. If service account is mounted to the container (default behavior in Kubernetes), the attacker will be able to send requests to the API server using this service account credentials.

The Kubernetes dashboard is a web-based user interface that enables monitoring and managing a Kubernetes cluster. By default, the dashboard exposes an internal endpoint (ClusterIP service). If the dashboard is exposed externally, it can allow unauthenticated remote management of the cluster.

The execution tactic consists of techniques that are used by attackers to run their code inside a cluster.

Attackers who have permissions, can run malicious commands in containers in the cluster using exec command (“kubectl exec”). In this method, attackers can use legitimate images, such as an OS image (e.g., Ubuntu) as a backdoor container, and run their malicious code remotely by using “kubectl exec”.

Attackers may attempt to run their code in the cluster by deploying a container. Attackers who have permissions to deploy a pod or a controller in the cluster (such as DaemonSet \ ReplicaSet\ Deployment) can create a new resource for running their code.

An application that is deployed in the cluster and is vulnerable to a remote code execution vulnerability, or a vulnerability that eventually allows code execution, enables attackers to run code in the cluster. If service account is mounted to the container (default behavior in Kubernetes), the attacker will be able to send requests to the API server using this service account credentials.

SSH server that is running inside a container may be used by attackers. If attackers gain valid credentials to a container, whether by brute force attempts or by other methods (such as phishing), they can use it to get remote access to the container by SSH.

The persistence tactic consists of techniques that are used by attackers to keep access to the cluster in case their initial foothold is lost.

Attackers run their malicious code in a container in the cluster. By using the Kubernetes controllers such as DaemonSets or Deployments, attackers can ensure that a constant number of containers run in one, or all, the nodes in the cluster.

hostPath volume mounts a directory or a file from the host to the container. Attackers who have permissions to create a new container in the cluster may create one with a writable hostPath volume and gain persistence on the underlying host. For example, the latter can be achieved by creating a cron job on the host.

hostPath mount can be used by attackers to get access to the underlying host and thus break from the container to the host. (See "3: Writable hostPath mount" for details).

If the Kubernetes cluster is deployed in the cloud, in some cases attackers can leverage their access to a single container in order to get access to other cloud resources outside the cluster. For example, in AKS each node contains service principal credential that is stored in /etc/kubernetes/azure.json. AKS uses this service principal to create and manage Azure resources that are needed for the cluster operation.

By default, the service principal has contributor permissions in the cluster’s Resource Group. Attackers who get access to this service principal file (by hostPath mount, for example) can use its credentials to access or modify the cloud resources.

The defense evasion tactic consists of techniques that are used by attackers to avoid detection and hide their activity.

Attackers may delete the application or OS logs on a compromised container in an attempt to prevent detection of their activity.

A Kubernetes event is a Kubernetes object that logs state changes and failures of the resources in the cluster. Example events are a container creation, an image pull, or a pod scheduling on a node.

Kubernetes events can be very useful for identifying changes that occur in the cluster. Therefore, attackers may want to delete these events (e.g., by using: “kubectl delete events-all”) in an attempt to avoid detection of their activity in the cluster.

Pods that are created by controllers such as Deployment or DaemonSet have random suffix in their names. Attackers can use this fact and name their backdoor pods as they were created by the existing controllers. For example, an attacker could create a malicious pod named coredns-{random suffix} which would look related to the CoreDNS Deployment.

Also, attackers can deploy their containers in the kube-system namespace where the administrative containers reside.

Attackers may use proxy servers to hide their origin IP. Specifically, attackers often use anonymous networks such as TOR for their activity. This can be used for communicating with the applications themselves or with the API server.

The credential access tactic consists of techniques that are used by attackers to steal credentials.

In containerized environments, this includes credentials of the running application, identities, secrets stored in the cluster, or cloud credentials.

A Kubernetes secret is an object that lets users store and manage sensitive information, such as passwords and connection strings in the cluster. Secrets can be consumed by reference in the pod configuration. Attackers who have permissions to retrieve the secrets from the API server (by using the pod service account, for example) can access sensitive information that might include credentials to various services.

When the cluster is deployed in the cloud, in some cases attackers can leverage their access to a container in the cluster to gain cloud credentials. For example, in AKS each node contains service principal credential. (See "4: Access cloud resources" for more details.)

Service account (SA) represents an application identity in Kubernetes. By default, an SA is mounted to every created pod in the cluster. Using the SA, containers in the pod can send requests to the Kubernetes API server. Attackers who get access to a pod can access the SA token (located in /var/run/secrets/kubernetes.io/serviceaccount/token) and perform actions in the cluster, according to the SA permissions. If RBAC is not enabled, the SA has unlimited permissions in the cluster. If RBAC is enabled, its permissions are determined by the RoleBindings \ ClusterRoleBindings that are associated with it.

Developers store secrets in the Kubernetes configuration files, such as environment variables in the pod configuration. Such behavior is commonly seen in clusters that are monitored by Azure Security Center. Attackers who have access to those configurations, by querying the API server or by accessing those files on the developer’s endpoint, can steal the stored secrets and use them.

The discovery tactic consists of techniques that are used by attackers to explore the environment to which they gained access. This exploration helps the attackers to perform lateral movement and gain access to additional resources.

Kubelet is the Kubernetes agent that is installed on each node. Kubelet is responsible for the proper execution of pods that are assigned to the node. Kubelet exposes a read-only API service that does not require authentication (TCP port 10255). Attackers with network access to the host (for example, via running code on a compromised container) can send API requests to the Kubelet API. Specifically querying https://[NODE IP]:10255/pods/ retrieves the running pods on the node. https://[NODE IP]:10255/spec/ retrieves information about the node itself, such as CPU and memory consumption.

Attackers may try to map the cluster network to get information on the running applications, including scanning for known vulnerabilities. By default, there is no restriction on pods communication in Kubernetes. Therefore, attackers who gain access to a single container, may use it to probe the network.

Cloud providers provide instance metadata service for retrieving information about the virtual machine, such as network configuration, disks, and SSH public keys. This service is accessible to the VMs via a non-routable IP address that can be accessed from within the VM only. Attackers who gain access to a container, may query the metadata API service for getting information about the underlying node. For example, in Azure, the following request would retrieve all the metadata information of an instance: http://__/metadata/instance?api-version=2019-06-01

Attackers may move from a compromised container to the cloud environment. (See "4: Access cloud resources" for details).

Kubernetes networking behavior allows traffic between pods in the cluster as a default behavior. Attackers who gain access to a single container may use it for network reachability to another container in the cluster.

Attackers may attempt to gain access to the underlying host from a compromised container. (See "3: Writable hostPath mount" for more details.)

Helm is a popular package manager for Kubernetes maintained by CNCF. Tiller is the server-side component of Helm up to version 2.

The Impact tactic consists of techniques that are used by attackers to destroy, abuse, or disrupt the normal behavior of the environment.

Attackers may attempt to destroy data and resources in the cluster. This includes deleting deployments, configurations, storage, and compute resources.

Attackers may attempt to perform a denial of service attack, which makes the service unavailable to the legitimate users. In container clusters, this include attempts to block the availability of the containers themselves, the underlying nodes, or the API server.