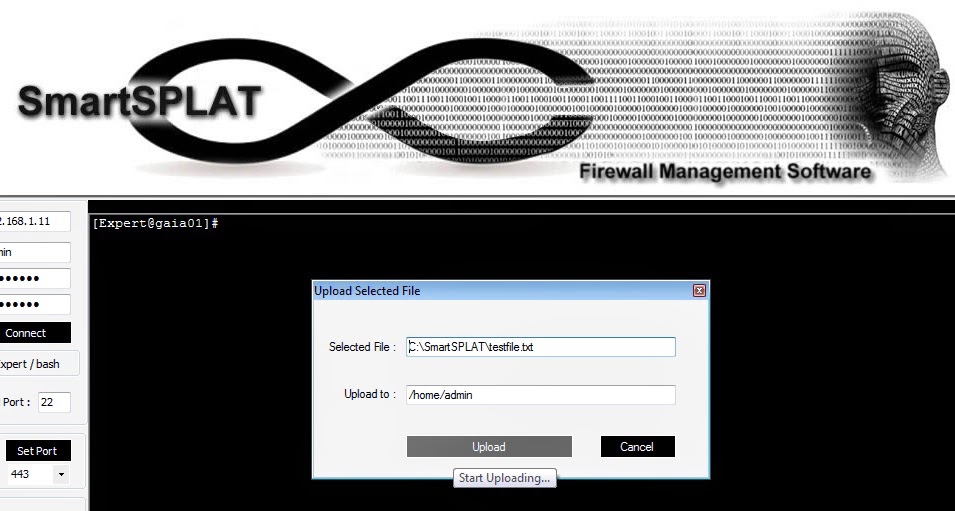 It periodically checks for an update and when a new release is published, updates itself via the SmartSPLAT web site.

SmartSPLAT lets you connect to your firewall via secure channel SSH

Critical commands like cpstop, kill, reboot and etc. deleting a license or similar commands that can cause your firewall not to function properly are colored red protected by checkboxes and shows confirmation dialogs.

In this project we have used an ssh Library based on the Poderosa project.

Smart SPLAT has a script named preparescp. It checks if user exists at /etc/scpusers/ if not, adds a line for it.