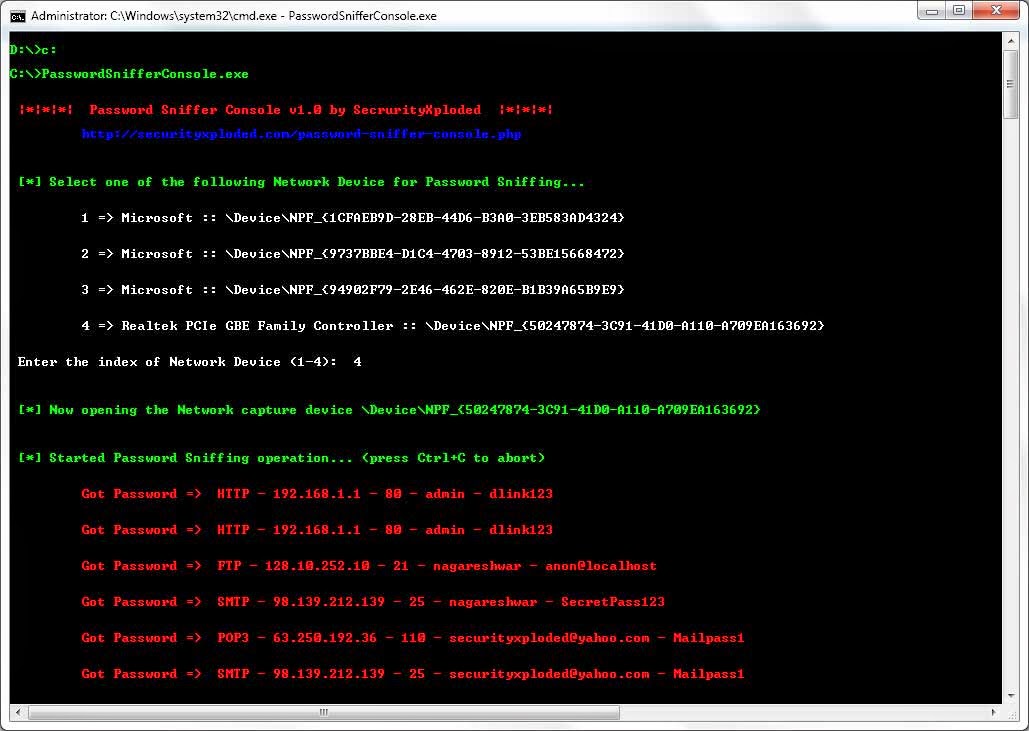 Password Sniffer Console is the all-in-one command-line based Password Sniffing Tool to capture Email, Web and FTP login passwords passing through the network.

It automatically detects the login packets on network for various protocols and instantly decodes the passwords.

In addition to recovering your own lost passwords, you can use this tool in following scenarios,

It includes Installer which installs the Winpcap , network capture driver required for sniffing. For Windows 8 , first you have to manually install Winpcap driver (in Windows 7 Compatibility mode) and then run our installer to install only Password Sniffer Console.

It is a very useful tool for penetration testers and being a command-line tool makes it suitable for automation.

It works on both 32-bit & 64-bit platforms starting from Windows XP to Windows 8 .

PasswordSnifferConsole requires Winpcap ( http://www.winpcap.org ) - industry standard packet capture library for Windows. By default latest version of Winpcap (as of this writing v4.1.2) is installed automatically during the installation of Password Sniffer Console.

However if you don't want it, you can uncheck it during installation and later install the latest version manually.