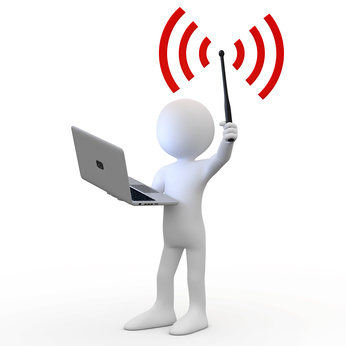 Turn any linux computer into a public Wi-Fi network that silently mitms all http traffic. Runs inside a Docker container using hostapd , dnsmasq , and mitmproxy to create a open honeypot wireless network named "Public". For added fun, change the network name to "xfinitywifi" to autoconnect anyone who has ever connected to those networks... they are everywhere.
DISCLAIMER: This software is for educational purposes only. It should not be used for illegal activity. The author is not responsible for its use. Don't be a dick.

Run the following, replacing AP_IFACE and INTERNET_IFACE with your wireless device and internet-connected ethernet/wireless devices respectively. You can can get see the name of your network devices by running ifconfig .

If all went well, you should see something like this:

mitm-router transparently captures all HTTP traffic sent to the router at 10.0.0.1:80 . It does not intercept HTTPS traffic (port 443 ) as doing so would alert a user that a possible man-in-the-middle attack was taking place. Traffic between URLs that begin with https:// will not be captured.
The mitm-router/data/ folder is shared with the docker container so that we can view the capture files that it places there on our host machine. By default, you will find the mitmdump capture file in mitm-router/data/http-traffic.cap .
You can also connect your INTERNET_IFACE to a hostpot running on your phone your for mitm pwnage on the go ;)
If something seems like it went wrong, see the troubleshooting page .

Bringing the Network Down
Bring the docker container down to reset the iptable routing rules.

MAC Randomization
By default, mitm-router randomizes the MAC address of your AP_IFACE to anonymize your network device. This can be disabled with the MAC="unchanged" environment variable. You can also explicitly set the AP_IFACE MAC address with MAC="XX:XX:XX:XX:XX:XX" .

Configuring
Supported environment variables are listed below with their default values:

Security
This access point runs inside of Docker for isolation, ensuring that any vulnerabilities that may be exploitable in the access point will not allow an adversary access to your computer or home network. That said, there are a few caveats to be aware of:

Attribution
This code started as a hard fork of simonschuang's rpi-hostapd . The code has been heavily modified for mitm purposes.