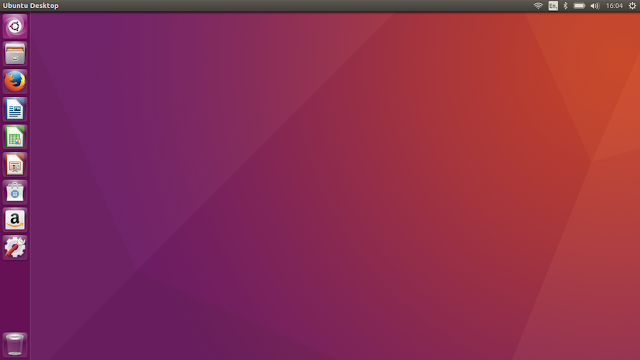 Ubuntu is an ancient African word meaning ‘humanity to others’. It also means ‘I am what I am because of who we all are’. The Ubuntu operating system brings the spirit of Ubuntu to the world of computers.

Where did it all begin?

Linux was already established as an enterprise server platform in 2004, but free software was not a part of everyday life for most computer users. That’s why Mark Shuttleworth gathered a small team of developers from one of the most established Linux projects — Debian — and set out to create an easy-to-use Linux desktop: Ubuntu.

The vision for Ubuntu is part social and part economic: free software, available to everybody on the same terms, and funded through a portfolio of services provided by Canonical.

The Ubuntu team broke new ground in committing to a programme of scheduled releases on a predictable six-month basis. It was decided that every fourth release, issued on a two-year basis, would receive long-term support (LTS). LTS releases are typically used for large-scale deployments.

Ubuntu is different from the commercial Linux offerings that preceded it because it doesn’t divide its efforts between a high-quality commercial version and a free ‘community’ version. The commercial and community teams collaborate to produce a single, high-quality release, which receives ongoing maintenance for a defined period. Both the release and ongoing updates are freely available to all users.

Ubuntu 16.04 LTS introduces a new application format, the ‘snap’, which can be installed alongside traditional deb packages. These two packaging formats live quite comfortably next to one another and enable Ubuntu to maintain its existing processes for development and updates. More information is available here .

As with every new release, packages--applications and software of all kinds--are being updated at a rapid pace. Many of these packages came from an automatic sync from Debian 's unstable branch; others have been explicitly pulled in for Ubuntu 16.04.

Ubuntu 16.04 LTS is based on the long-term supported Linux release series 4.4.

Python2 is not installed anymore by default on the server, cloud and the touch images, long live Python3! Python3 itself has been upgraded to the 3.5 series.

If you have your own programs based on Python 2, fear not! Python 2 will continue to be available (as the python package) for the foreseeable future. However, to best support future versions of Ubuntu you should consider porting your code to Python 3. Python/3 has some advice and resources on this.

The default VIM package has been built against python3 instead of python2. This means plugins that require a python2 interpreter support from VIM will not work anymore. For this case alternative VIM packages are available that still use python2, for example vim-gnome-py2. They can be made the default via the alternatives mechanism:

Recent OpenSSH releases disable several pieces of weak, legacy, and/or unsafe cryptography. If you are upgrading a system remotely over SSH, you should check that you are not relying on these to ensure that you will retain access after the upgrade.

Ubuntu 16.04 LTS includes a new port to 64-bit z/Architecture for IBM mainframe computers. This is a practically complete port of Ubuntu Server and Cloud with circa 95% binary package availability. We are excited to enable OpenStack software, Juju, MAAS, LXD, and much more on this platform.

For more information about this port see S390X page.

The general theme for 16.04 on the desktop is one of bug fixes and incremental quality improvements.

LibreOffice 5.1 brings a lot of improvements to the entire package. For more information on these improvements please see the LibreOffice release notes available here . You can see a video highlighting some of the new features here .

Please refer to the OpenStack Mitaka release notes for full details of this release of OpenStack.

Ubuntu 16.04 also includes the first GA release of of the Nova driver for LXD ('nova-lxd').

Make sure you read the OpenStack Charm Release Notes for more information about how to deploy Ubuntu OpenStack using Juju.

Libvirt has been updated to the 1.3.1 release.

Qemu has been updated to the 2.5 release.

Ubuntu 16.04 includes the latest release candidate (10.1.2) of the Ceph Jewel stable release; An update to the final release version will be delivered as an SRU to Ubuntu 16.04.

For full details on the Ceph Jewel release, please refer to the upstream release notes .

Ubuntu 16.04 includes version 1.9.15 of the Nginx web server, with an expectation to provide the next stable release of Nginx, 1.10.0, as an SRU after release (which will be virtually identical to 1.9.15). This version of Nginx also includes HTTP/2 support, which supersedes SPDY support previously provided in the Nginx packages.

LXD comes pre-installed with all Ubuntu 16.04 server installations, including cloud images and can easily be installed on the Desktop version too. It can be used standalone through its simple command line client, through Juju to deploy your charms inside containers or with OpenStack for large scale deployments.

docker was upgraded to the version 1.10. Note that this requires migration of existing images to a new format which will be performed on the first start of the service. This migration can take a long time and put a high load on the system, see https://docs.docker.com/engine/migration/ for more information.

Most PHP-dependent packages were either rebuilt or upgraded for PHP7.0 support. Where that was not possible, packages may have been removed from the archive. There was one exception, Drupal7.

MySQL has been updated to 5.7. Some configuration directives have been changed or deprecated, so if you are upgrading from a previously customised configuration then you will need to update your customisation appropriately. See bug 1571865 for details.

Juju and Juju UI have been updated to 2.0beta4. The final Juju 2.0 release will come via an update post-release. The package name is juju-2.0 . Juju 1.25.5 is available in the juju package for existing production environments. Please read the upgrade documentation before moving to 2.0

Images can be downloaded from a location near you.

To upgrade on a desktop system:

To upgrade on a server system:

Note that the server upgrade will use GNU screen and automatically re-attach in case of dropped connection problems.

There are no offline upgrade options for Ubuntu Desktop and Ubuntu Server. Please ensure you have network connectivity to one of the official mirrors or to a locally accessible mirror and follow the instructions above.

There are several other ways to get Ubuntu including torrents, which can potentially mean a quicker download, our network installer for older systems and special configurations and links to our regional DVD image mirrors for our older (and newer) releases. If you don’t specifically require any of these installers, we recommend using our default installers .

The network installer lets you install Ubuntu over the network. This is useful, for example, if you have an old machine with a non-bootable CD-ROM or a computer that can’t run the graphical interface-based installer, either because they don’t meet the minimum requirements for the live CD/DVD or because they require extra configuration before the graphical desktop can be used, or if you want to install Ubuntu on a large number of computers at once.

BitTorrent is a peer-to-peer download network that sometimes enables higher download speeds and more reliable downloads of large files. You will need to install a BitTorrent client on your computer in order to enable this download method.