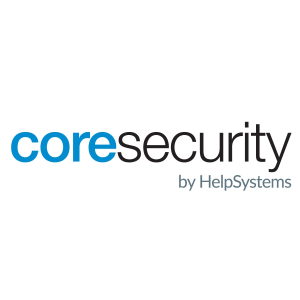 The Intel Alert Handler service (hndlrsvc.exe) fails to correctly process the 'CommandLine' field in the AMS request. A source address in a MOV instruction is calculated from values present in the request, causing a remote denial-of-service.

The Intel Alert Management System is only present in versions of Symantec Endpoint Protection previous to 11.x. During the SEP 11.x engineering phase SEP was rewritten so that it no longer uses Intel AMS code. The installation of AMS is disabled by default for SEP versions that include it. The only workaround is to disable Intel AMS.

This vulnerability was discovered and researched by Nahuel Riva from Core Security Technologies. Publication was coordinated by Jorge Lucángeli Obes.

When trying to read at the memory area pointed to by EAX, this value is invalid and the service crashes. This part of the code is parsing (inside a loop) the argument passed in the 'CommandLine' parameter. It seems that in many parts of the loop the pointer that is loaded from [EBP-10] is calculated from a value present in the request.

Core Security Technologies develops strategic solutions that help security-conscious organizations worldwide develop and maintain a proactive process for securing their networks. The company's flagship product, CORE IMPACT, is the most comprehensive product for performing enterprise security assurance testing. CORE IMPACT evaluates network, endpoint and end-user vulnerabilities and identifies what resources are exposed. It enables organizations to determine if current security investments are detecting and preventing attacks. Core Security Technologies augments its leading technology solution with world-class security consulting services, including penetration testing and software security auditing. Based in Boston, MA and Buenos Aires, Argentina, Core Security Technologies can be reached at 617-399-6980 or on the Web at <http://www.coresecurity.com>.

The contents of this advisory are copyright (c) 2010 Core Security Technologies and (c) 2010 CoreLabs, and are licensed under a Creative Commons Attribution Non-Commercial Share-Alike 3.0 (United States) License: <http://creativecommons.org/licenses/by-nc-sa/3.0/us/>