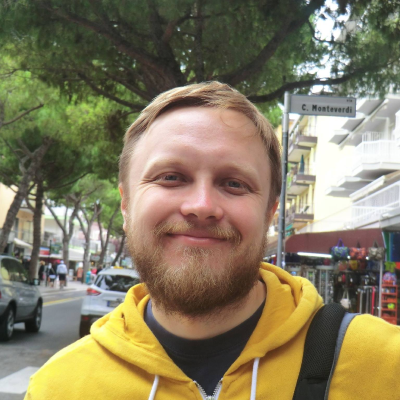 This post will be about my Vulnerability Scanner project - Vulchain. Recently I've spent couple of my weekends almost exclusively on coding: refactoring the scan engine, creating API and GUI. 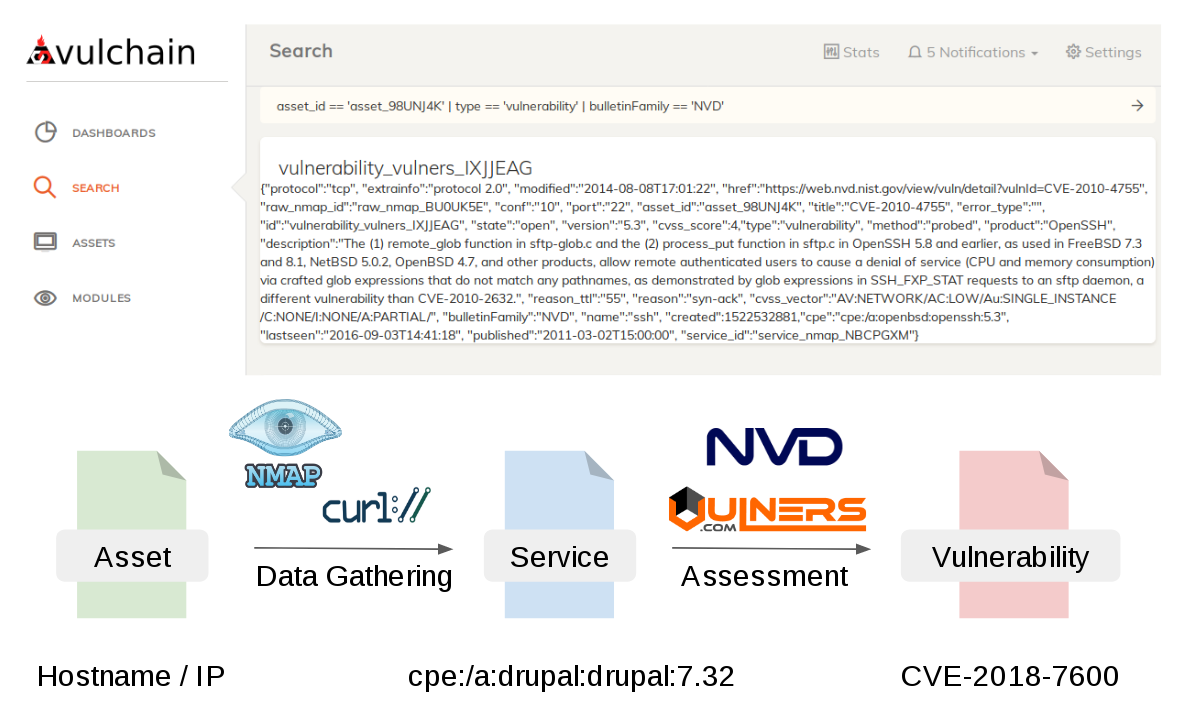 I was doing it because of the conferences, where I will be speaking soon:

Pretty intense schedule for a guy who spends most of his time in PyCharm and Linux console.

Very excited! So, it seemed right to add a couple of slides about my project and show that something is already working.

The 5 main principles are still the same. I presented security objects as an independent structures (now it is technically just json files) that are linked hierarchically using some common IDs. Types of security objects that I use right now:

Each of this objects was created by a separate module, using date of some existing object. There is also a launcher that decides which object can be processed and launches necessary module.

We have this scheme for unauthenticated scan:

And in similar manner we can get vulnerabilities during authenticated Linux scan:

You can read about vulnerability detection using analysis of Linux package versions at "Vulnerability Assessment without Vulnerability Scanner". There is also Vulners Linux Security Audit API for this.

And all these objects will be collected automatically in a natural way. You can delete some objects and Vulchain will collect all necessary objects once again.

But how the launcher will describe the criteria for necessary objects? I could use requests in something like Apache Lucene syntax, that Vulners uses. But I don't like it. I decided to make search mechanism that can be used in scripts, API and GUI. With the pipes ^ _ ^ Almost like Splunk or bash, lol.

Right now the output looks ugly, but I plan to do a beautiful rendering for each type of object. And I also make widgets for assets based on the same search engine. Stay tuned.